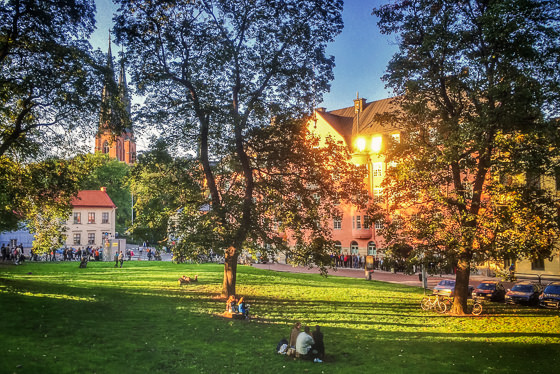 Since August 2019 I am at the Otto-von-Guericke University in Magdeburg, Germany and lead the Department of Autonomous Systems in Automation.

I originally studied there and graduated in the course Systemtechnik und technische Kybernetik (Systems engineering and technical cybernetic, close to control engineering) in October 2008 with the title „Diplom Ingenieur“, which is equivalent to a Master of Engineering.

During my studies, as an undergraduate student, I spent one semester in 2007 at the Universidade Federal de Santa Catarina in Florianópolis, Brazil, to write my „Studienarbeit“ (equivalent to bachelor thesis). Afterwards I did an internship at Daimler in Sindelfingen / Böblingen, Germany, for six months.

I finished my undergraduate studies writing my „Diplomarbeit“ (equivalent to master’s thesis) at the Hamilton Institute of the National University of Ireland Maynooth (NUIM) in Maynooth, Ireland.

I stayed on in Maynooth for three and a half more years to work on my PhD and then spent two years in Australia working at the University of Newcastle.

In February 2014 I moved to Uppsala and work at the Uppsala University.

To find out more about my academic work, please check here.

You can find out more about which cookies we are using or switch them off in settings.

This website uses cookies so that we can provide you with the best user experience possible. Cookie information is stored in your browser and performs functions such as recognising you when you return to our website and helping our team to understand which sections of the website you find most interesting and useful.

Strictly Necessary Cookie should be enabled at all times so that we can save your preferences for cookie settings.

If you disable this cookie, we will not be able to save your preferences. This means that every time you visit this website you will need to enable or disable cookies again.